After Hisao accompanies Hanako into town to pick up some food, certain students notice Hisao spending more time with the usually alone Hanako, including Lilly. She invites him to a night tea party with herself and Hanako. Although few words are exchanged, Hisao treats Hanako as if he didn't notice her disfigurement, because it's how he thinks the people at this school would want to be treated. It's clear Lilly is encouraging time together with Hisao and Hanako, and that Hanako is becoming more open to Hisao, little by little.

Hanako spontaneously leaves class one day and Hisao finally asks Lilly why. Lilly says it's not her place to say, but she leaves as a "preemptive strike" before she has to answer anyone about her scars. Hisao finds Hanako in the library and they spend time reading. Hanako blurts out that when she was young, she was in a house fire, and then "she was alone." This confession is because Lilly told her about Hisao's heart condition. Hisao adds that it was because a girl confessed her love to him. With both having given up a little of their secrets, they go back to class.

Lilly realizes that Hanako's birthday is coming up. The two of them go into town and spend an exhausting day looking for a suitable present. They find what they're looking for in an antique store. Lilly buys a doll to complement the one she gave Hanako last year, and Hisao finds a reproduction of an antique chess set.

During science class, Hisao, Shizune, Misha, and Hanako are paired together for group work. Misha and Shizune's gossipy nature makes both Hanako and Hisao uncomfortable. But the final straw occurs when Misha forces Hisao why he and Lilly were gone yesterday -- birthday shopping. For some reason, this causes Hanako to freeze up. With her completely catatonic, no one is sure what to do. Mutou asks him and Shizune to take her to the nurse's office. After returning, Mutou explains why Hanako is allowed to be absent and truant so often -- that this school is meant to give opportunities these students wouldn't have in normal education -- and students who have special needs need to attend to them.

That night, when Hisao visits Hanako to check up on her, he crosses paths with Lilly who has bad news. Her aunt has become sick, and she and her sister will have to leave school for a week to visit her in Scotland. They decided to combine Hanako's birthday with a small "going away" party.

At the party, Lilly's sister has brought two bottles of wine. Hanako is delighted with her birthday presents and, as the night goes on, the wine has a noticeable effect on her, slurring and stumbling. Hisao ends up carrying her to her room and putting her to bed.

Hisao receives a letter from Iwanako shortly before he, Lilly, Akira, and Hanako spend one last night on the town. He and Hanako spend all night playing billiards while Akira and Lilly stay at the bar. Before they return to their dorms, Hisao promises Lilly that he'll be there to protect Hanako. And Hanako admits that she is there for him as well. After Lilly leaves on a bus, Hisao and Hanako either split up the rest of the day or go into town to visit the antique store where they bought her birthday presents. In either case, Hisao goes to sleep after a tiring day.

After Hanako fails to show up to class again, Hisao calls Lilly for advice. She tells him, to Hisao's consternation, that she's been concerned his actions have been feeding into Hanako's bad habits, that he's been too focused on protecting Hanako as if she needed special care. If Hisao chooses to ignore Lilly's advice, or if he chose to not take Hanako into the city after Lilly left (regardless as to the decision he makes here), the result is the same: Hanako lashes out at him for treating her like she's helpless, and their relationship ends.

If Hisao listens to Lilly, he decides to focus more on ending his own listlessness he's discovered since moving to Yamaku. After talking to Yuuko while studying at the Shanghai, he returns to Hanako's room. He opens his shirt to display his damaged chest from heart surgery, showing she's not the only one with scars. A few days later, Hanako invites Hisao to her room to do the same. She disrobes and shows him the entirety of her scarring from head to toe. The intimate moment leads to them making love for the first time.

The next morning, Hisao wakes up in Hanako's room, but with no Hanako. She returns with some breakfast, but both her and Hisao are even more aloof than ever before. Hisao believes this is because they had sex before even establishing their relationship. The merest glance from her classmates sends her bolting out of the school. Hisao realizes he has to talk to her.

Hisao walks to a park and texts her to meet him there, doubtful that she'll come. When she does, he asks Hanako how he's supposed to interpret what happened last night. Hanako admits that she was afraid of losing Hisao as a friend. After her accident, she lost so many friends that she stopped being around people altogether, eventually thinking of herself as useless and broken. When Hisao didn't treat her that way, she didn't know what to do. In the middle of the park, she collapses in hysterics. Hisao embraces her from behind and tells her he loves her. Hanako says that she has been waiting to hear that from him for so long, and that Hisao made her feel so happy. After she's calmed down a bit, Hanako gives Hisao her first gift to him: a kiss in public. 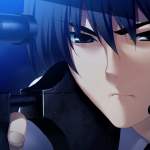 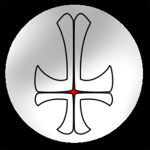 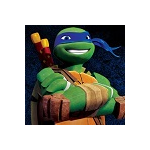 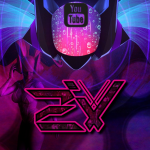 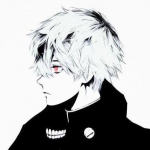